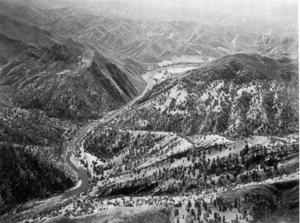 A reservoir adjacent to Oak Grove Park Road on the Pasadena-La Canada Flintridge city boundaries, that was the site of three mysterious disappearances of children. On August 5, 1956, Donald Lee Baker, age 13, and Brenda Howell, age 11, disappeared while riding bicycles near the reservoir. An extensive, months long search, including divers in the reservoir, failed to turn up anything except their bicycles and Brenda's jacket. On MArch 23, 1957, Tommy Bowman, age 8, disappeared only a few yards from his family while hiking the trail above the reservoir. A thorough week-long search by 400 searchers failed to turn up any clues. Three years later, Bruce Kremen, age 6, disappeared just yards from a YMCA camp in the area. Another massive search party failed to uncover any clues to his disappearance. The Devil's Gate itself is a narrow, S-shaped rocky defile, perhaps 50 feet deep, at the funnel-like convergence of the large mountain runoff field.

Historically, certain groups associated with the "black arts" have shown considerable interest in this area. 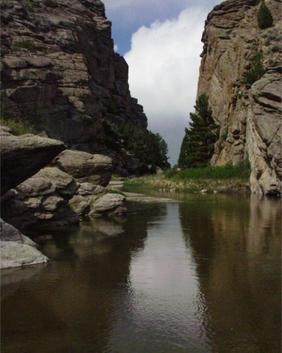