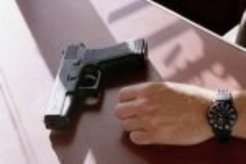 Glock 17, standard with 17-round magazine capacity, or the slightly smaller Glock 19 with a 15-round magazine This image is from a promotional shot of Dean sitting in a diner booth with the Glock in front of him. You will note the Glock's highly distinctive appearance which should separate it from all other handguns, being black, square, and made partly of a dense plastic-like polymer. 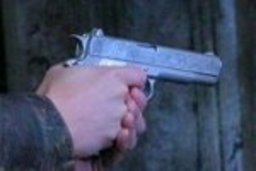 .45 caliber, standard with 7-round magazine capacity Here is Dean and his favorite gun, a nickle-plated Colt 1911 .45 caliber semi-automatic. (With semi-autos, you can load up with a full magazine plus one round in the chamber, if you're expecting real trouble.) This is a rather tricked-out model with its ivory handles and decorative engraving. Nonetheless, the Colt 1911 is a tried and true workhorse of a gun. It has seen use by military and police for almost a hundred years, and it's still as solid as a rock. 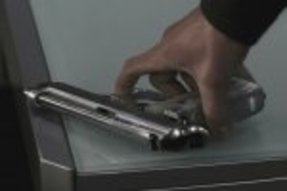 9mm, standard with a 10-round magazine It is occasionally used by Dean, but by the second season it seems to be predominantly carried by Sam. This shiny, stainless steel beauty with its mother-of-pearl grips is very close to the Beretta Model 92, but the Taurus is a tad beefier in the trigger guard. The Taurus is another solid gun used by law enforcement all over the country and is easy to conceal. 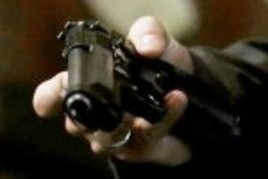 9mm, standard with 10-round magazine This is the blue steel cousin to the Taurus above. Dean uses it in at least a couple episodes, but I'm not sure it gets much use as either boy's regular carry gun. 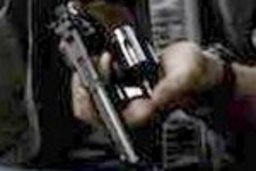 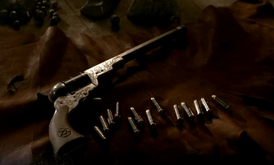 This has been identified as a Colt Trooper, notable by the round barrel and flat top-strap behind it. It is a 6-shot .357 and definitely a good choice for some serious knock-down power. (Note: .357 rounds are costly as well as a bit uncomfortable to shoot a bunch of times, so for target practice one can shoot lighter, less expensive .38 special through a .357 pistol. One cannot, however, shoot .357 through a .38, as the .357 cartridge is too long for the .38's cylinder.)

The caliber could be 9mm, or it could be .40 or .45 caliber, though with the thickness of the grip and the double-stack magazine, we are leaning towards the .40 or .45.