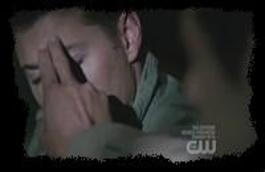 TIME TRAVEL - Is it really possible? So, where do we start? How about time? What is time? The Oxford English Dictionary defines time as "a limited stretch or space of continued existence”, or “as the interval between two successive events". We glance at our wristwatches and notice the second hand slowly counting the passing seconds. We are in our own time machines: Our hearts are pumping blood, we're breathing; we are existing through time (at least until our own personal time machines seriously malfunction).

What are the possibilities of moving through time at a rate different to one day per day? Common sense tells us that it's all nonsense - time travel is impossible. However, common sense is not always such a good guide. Some hundred years ago common sense said man could never fly; now we travel all over the world.

There are two possibilities to resolve this paradox. The first is that the past is totally defined, i.e. everything that has happened or must happen, including the time traveller’s attempt to kill his grandmother, cannot be altered and so nothing will change the course of history. In other words, the time traveller will experience endless "mishaps" in trying to kill their grandmother and will never achieve the murder, thus keeping time (or at least events) intact.

The second possibility is more complex and involves the quantum rules which govern the subatomic level of the universe. Put simply, when the time traveller kills their grandmother they immediately create a new quantum universe, in essence a parallel universe where the young grandmother never existed and where the time traveller is never born. The original universe still remains. Stephen hawking believes he can explain the origin of our universe as a variation of this parallel worlds theme.

Having explained these paradoxes how does one travel through time? The secret is to travel at speeds close to the speed of light. The obvious problem with travelling very near the speed of light is that as you approach C (the speed of light) time slows down until at C time stops. How can you go faster if time has stopped? The answer involves a complex process called quantum tunnelling. Then once the velocity becomes greater than C time moves backwards and the traveller has entered the realms of negative time.