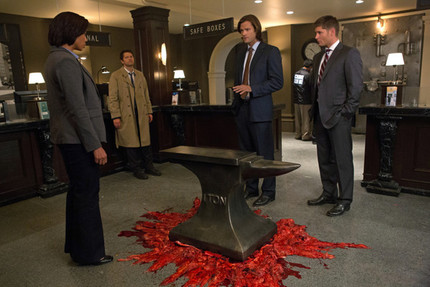 A LITTLE SLICE OF KEVIN

Sam asks a hunter named Martin to keep an eye on Benny without telling Dean. When Martin tells Sam there was a vampire kill and he thinks Benny is responsible, Dean defends his friend. However, when Martin decides to sort things out himself, things get messy and Dean has to make a very hard decision...