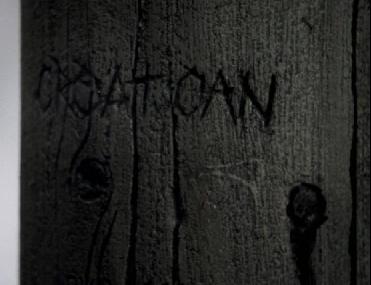 In 1587, about 120 men, women and children established the first English colony in the New World, then vanished without a trace. Because of this they came to be known as the "Lost Colony". The Roanoke Colony expeditions were financed and organized by Sir Walter Raleigh. After several failed attempts at colonization, Raleigh sent out a group of 121 colonists led by John White in 1587. The new colonists were tasked with settling farther north, in the Chesapeake Bay area.

On August 18th, White's daughter delivered the first English child born in the Americas, Virginia Dare. Before her birth, White reestablished relations with the neighboring Croatoans and tried to reestablish relations with the tribes that Ralph Lane had attacked a year previously. The aggrieved tribes refused to meet with the new colonist. Knowing what had happened during Ralph Lane's tenure in the area and fearing for their lives, the colonists convinced Governor White to return to England to explain the colony's situation and ask for help.
After being delayed by several situations out of his control, including the Spanish Armada, White finally gained passage on an expedition and returned on his granddaughter's third birthday and found the settlement deserted. He organized a search, but his men could not find any trace of the colonists.
There was also no sign of a struggle or battle of any kind. The only clue was the word "Croatoan" carved into a post of the fort and "Cro" carved into a nearby tree. White took this to mean that they had moved to Croatoan Island, but he was unable to conduct a search because a hurricane hit the Outer Banks and blew his fleet far out to sea.
There are multiple theories on the fate of the colonists. The principal theory is that they dispersed and were absorbed by either the local Croatoan Indians, but it has yet to be proved. Evidence as to their fate was slow to emerge, but some interesting accounts exist. In 1709, English explorer John Lawson visited Roanoke Island and spent some time among the Hatteras Indians, descendants of the Croatoan tribe. He wrote "that several of their ancestors were white people and could talk in a book as we do, the truth of which is confrimed by gray eyes being found infrequently among those Indians and no others."
In the 1880s, a North Carolina man named Hamilton MacMillan proposed a theory. He claimed that the Pembroke Indians spoke pure Anglo-Saxon English and bore the last names of many of the lost colonies. Many of them also claimed that their ancesters came from "Roanoke in Virginia".