More about You Can't Handle the Truth 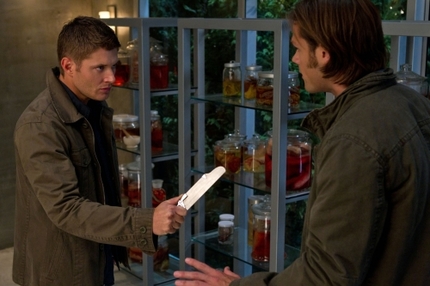 More Photos from You Can't Handle the Truth

As if dealing with a soul-less Sam isn't enough, Dean wants to find out what's up with Samuel, their risen-from-the-dead grandfather. Sam, Dean, and Samuel go on a hunt together, and everything goes terribly wrong.