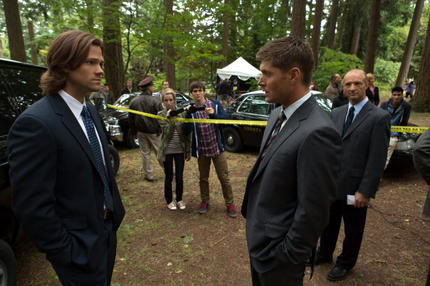 Benny is hunting the vampire who turned him for revenge as he was responsible for his death and that of his girlfriend, or so he believes. He is badly hurt and calls Dean for help. Dean leaves Sam and helps Benny to hunt the whole vampire nest but he ends up calling Sam for help and Sam meets Benny for the first time...