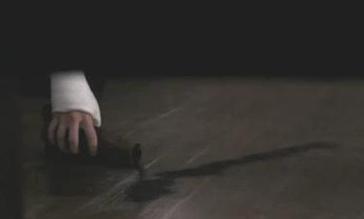 Goofer dust is an old hoodoo practice of African Americans in the Southern States of the United States.
It can be used generically to refer to any powder used to cast a harmful spell, but specifically refers to a concoction of natural ingredients that can be used to cause harm, trouble or even kill an enemy.
It is sometimes used in love spells, but these are spells of a coercive nature, sometimes called "love me or die" spells.
In practice, it was often used to cause a victim's legs to swell in such a way that medical doctors would not be able to effect a cure. Recipes for making it vary, but primarily include: graveyard dirt and snakeskin. Other ingredients may include; ash, powdered sulfur, salt, red pepper, black pepper, powdered bones, powdered insectchitin, herbs and "anvil dust", the fine black iron detritus found around a blacksmith's anvil (iron filings will suffice). The result is often yellowish-grey-brown in color, and it may be mixed with local dirt to conceal its deployment.
The word goofer comes from the Kikongo word "kufwa," which means "to die." Among older hoodoo practitioners, this derivation is very clear, because "goofer" is not only an used as an adjective modifying "dust" but also a verb ("He goofered that man") and a noun ("She put a goofer on him"). As late as the 1930s, goofering was a regional synonym for voodooing, and in North Carolina at least, the meaning of the term was broadened beyond spells of damage, illness, and death to include love spells cast with dominating intent.
A euphemistic word for goofering is "poisoning," which in this context does not refer to a physical poison but to a physical agent that, through magical means, brings about an "unnatural illness" or the death of the victim. Even more euphemistic is the special use of the verb "hurt," which is often defined as "to poison," with the tacit understanding that "to poison" really means "to goofer." The more general verbs "fix" (meaning to prepare a spell) and "trick" (meaning to cast a spell) are also applied to goofering.Reference
Goofer dust was referenced as a protection against hellhounds in the television show Supernatural (TV series).Season two, episode eight "Crossroad Blues". This is not only an uncommon use for goofer dust; in fact, it seems to be an error on the screenwriters' parts, as most popular references to goofer dust in African American bluesmusic refer to its killing powers, e.g. "Getting sick and tired of the way you do; good, kind mama, gonna poison you; sprinkle goofer dust all around your bed -- wake up in the morning, find your own self dead." (This verse is from the song "I Don't Know" by Willie Mabon; similar verses have been recorded from the 1920s to the present by many other blues and jazz musicians.).