More about The Third Man 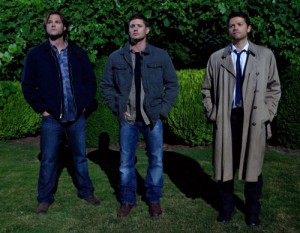 More Photos from The Third Man

TWO AND A HALF MEN

A reference to a script played by Abbott and Costello called "Who's on first?"

It turns out that Crowley has not returned Bobby's soul and has no intention of doing so. Bobby calls the Winchester boys for help, and he discovers a big secret that Crowley is keeping. While at Bobby's, Dean and Sam get to know him better...