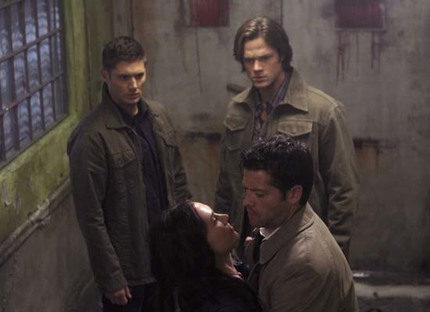 CLAP YOUR HANDS IF YOU BELIEVE

Death is back! And he has an appointment with Dean, who asks for help getting Sam's soul back. Death will help, as long as Dean covers for him for a day so he can have a little vacation. Meanwhile, Sam doesn't really want his damaged soul back and asks Balthazar for help, who says it's possible to work a protective spell -- with the blood of his father. The closest thing Sam has is Bobby ...