EPISODE 620: THE MAN WHO WOULD BE KING 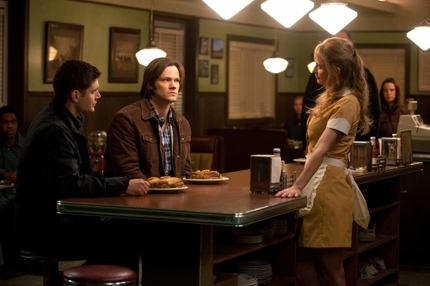 Dean stands by Castiel as the angel reveals facts about the war in heaven and how he and Raphael became enemies. Bobbie and Sam, however, are not so sure. And now, Crowley is back in the picture!

EPISODE 620: THE MAN WHO WOULD BE KING