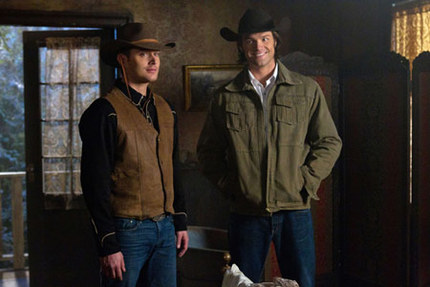 MY HEART WILL GO ON

The fab four (Dean, Sam, Castiel, and Bobby) get a bead on Eve and head to Oregon, where the Mother of All is posing as a waitress in a diner. When the Winchesters arrive, she messes with them by bringing their mother, Mary, back as a demon.