Skip to content
Back to: Supernatural
posted by Journalbookbinder

I love the Winchester '67 Chevy Impala. The running lights (also called cornering lamps) are my favorite part of the car. I wondered if old, real running lamp salvaged off a '67 could by made into desk lamps. Following these steps, turns out they can! 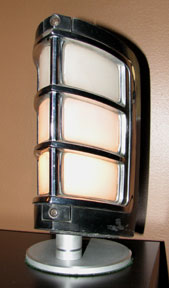 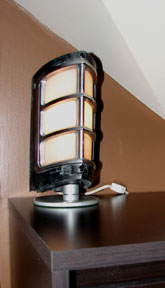 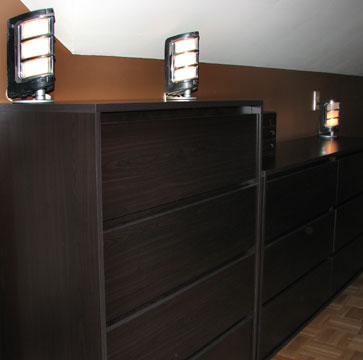 My sincere thanks to Brad who made this idea a reality. He machined the aluminum stems/posts and bases and even did a nice bit of engraving on them! This was tricky to get the balance right since the bottoms of the original lamps have several angles to them. He also re-wired them to work with night light bulbs and househould outlets. I love their deco look! They look great all lined up on the dressers and give off such a lovely soft light at night.