More about Exile on Main Street 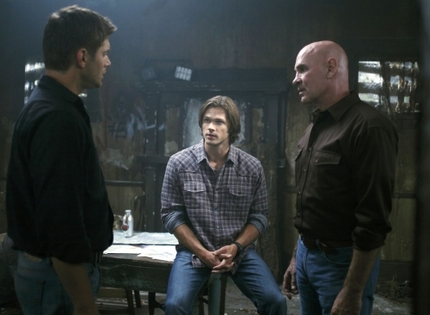 Talk about the episode here.

Sam takes a case in which babies are disappearing and their parents are being murdered. When he finds one of the babies, he calls Dean for help. Dean does not want to leave Lisa and Ben, but finally agrees. He and Sam take the baby to Samuel, who wants to raise it as a hunter, to which Dean objects. They quickly find out why the babies were being taken when a shapeshifter attempts to grab the baby again.