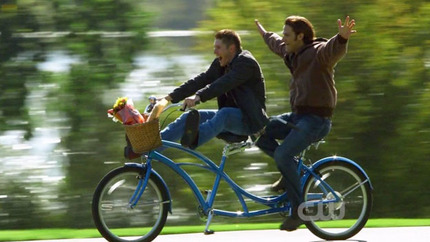 The Curious Case of Dean Winchester

Super-fan Becky (remember her from Sympathy for the Devil?) is back, and she tricks Sam and Dean into attending a Supernatural convention! The boys and Chuck go to the conventions and are in for a shock when they see many of the fans dressed up like them and acting out the Supernatural book series.